Previous story :Unlock 600+ Hours Of Cybersecurity Training For Only $30

Next story :In a Summer Without Blockbusters, the Bon Appétit Test Kitchen Is the Shared Universe We Need 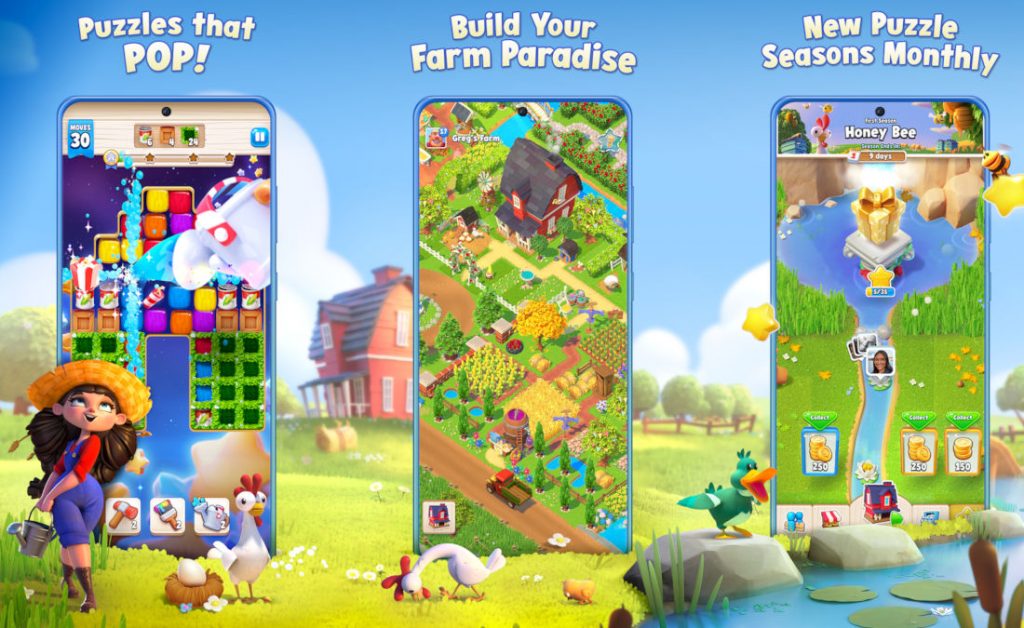 The android Twitter app appears to be testing a small UI change that will allow users to see more information about Retweets in a clearer way. The new feature was spotted by popular Twitter reverse engineer, Jane Manchun Wong, who showed a screenshot of the feature This is what being ratio’ed looks like pic.twitter.com/GblqOaI4RR — … Continue reading "Twitter for Android testing UI changes to show retweets with comments separately"

With the launch of the Android 11 Developer Preview for Pixel devices, Google is showing its commitment towards making user location data more safe and transparent to users. One of the main changes that users will see with Android 11 is the ability to share location access to an app just that one time. Before that, users could only either turn location access on or off. Soon with Android 11, Google is giving users the ability to only give the app their location data “Only this time”. To combat this, Google will soon update its Google Play policy that will require developers to get approval from Google if they want to access background location data for their app.

OPPO today launched the ColorOS 7 for the global markets, at an event in India, as it had promised. It also announced ColorOS 7 roll out details for several phones, and said that it will be based on Android 10. ColorOS 7 introduces a simple design with lighter icons that are easier to interact and lighter in vision. It brings new Soloop video editor, new DocVault apps, Three-fine screenshot, Music Party, AI Beautification 2.0, App Lock, Private Safe, Osense and lots more. Here is the list of OPPO devices that are getting the ColorOS 7 update starting from today in the form of trial version, which is like beta.

After the 6Z, ASUS has started rolling out Android 10 update for the 5Z smartphone globally, including India. The phone was launched back in July last year running Android 8.0 (Oreo) with ZenUI 5.0, and got the Android Pie update earlier this year. pic.twitter.com/GUQTOZovey — ASUS India (@ASUSIndia) November 27, 2019The update carries firmware number 100.04.44.98 and is being rolled out in a phased manner. Users who wish to downgrade the software back to Android 9 (Pie), can download the downgrade firmware files from ASUS support webpage. Upgraded APN settings Add the APN setting of Canada Public MobileModify ASUS APN Setting 7.

MediaTek has announced Helio G70 in the ‘G series’, which is the cheaper version of the G90 series which was announced last year. Designed to be used in budget and mid-range gaming smartphones, this has MediaTek’s HyperEngine game technology to boost the mobile gaming experience. It use ARM Cortex-A75 and Cortex-A55 CPUs with the Arm Mali — G52 2EEMC2 with speeds of up to 820MHz and are based on 12nm TSMC FinFET technology. It supports up to 8GB of LPDDR4x and up to 2133MHz memory, L3 cache, CPU speeds of up to 2GHz, 48MP single camera and multi-camera combinations, dual-ISP design and AI facial detection and the power to accelerate AI-camera applications. We should know official roll out details soon.

Update 2: OPPO Reno3 5G landing page has revealed that the Reno3 will be powered by the latest MediaTek Dimensity 1000 compared to Snapdragon 765G SoC in the Reno3 Pro 5G. Update: OPPO has confirmed that the Reno3 and Reno3 Pro smartphones will be introduced at an event in China on December 26th. Reno3 Pro has a punch-hole screen on the left side, while the Reno3 features a water-drop notch screen with a slightly bigger bottom bezel. Reno 3 Pro 5G will be powered by Snapdragon 765G pack a 4025mAh battery, weigh 180 grams and 7.7mm slim body. We should know more details about the OPPO Reno 3 in the coming weeks.

It has been over 5 years since Nokia’s Sriperumbudur plant shut down production due to a tax dispute. Now, Finnish based firm Salcomp, manufacturer of chargers/adapters for mobile phones and other electronics for companies like Apple, has bought the defunct plant for about Rs. Salcomp already operates two units in the Sriperumbudur SEZ zone having close to 7000 employees with the new factory said to add over 10000 jobs. Apple’s components is about 60% in the 1.1 million sq ft plant — and the balance would be for others including Foxconn, Xiaomi, Vivo and OPPO, according to ET report. These decisions add to the larger strategy of Apple in expanding production in India for the local and global markets.

Realme just confirmed that it will introduce realme Buds Q, another true wireless earbuds in China on May 25th, after teasing a new TWS earbuds as one of the eight products that will be introduced at the event. As you can see from the image, the earbuds have a pebble-like design, which different from its … Continue reading "Realme Buds Q true wireless earbuds to be announced on May 25"

Intel’s Mobileye, automotive solutions partner, is getting a boost today as Intel announced their acquisition of Moovit, a mobility-as-a-service (MaaS) solutions company, for $900 million. Moovit will bring over its 800 million users and services in nearly 3,100 cities across 102 countries under Intel’s Mobileye now. Mobileye, which was acquired by Intel in 2017, currently provides  automotive … Continue reading "Intel acquires urban mobility app Moovit for $900 million"

Update: December 27, 2019 — realme China product director Wang Wei Derek has posted a new photo of the phone that confirms side-mounted fingerprint scanner. Earlier: After teasers, realme today confirmed that it will introduce the realme X50 5G will be introduced at an event in China on January 7th. The phone will come with support for 5G stand alone and non-stand alone (SA/NSA) sub-6GHz networks. The phone will feature 8mm 410mm³ diameter large liquid-cooled copper tube for heat dissipation 3.0 offering five-dimensional heat dissipation that covers all the heat sources 100%. It will feature enhanced VOOC flash charge 4.0, so that the phone is charged from 0 to 70% in 30 minutes.

Written by FoneArena May 28, 2020May 28, 2020
Saving Bookmark this article Bookmarked
Next